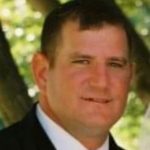 Al Walker,52, of Wilkes-Barre passed away peacefully surrounded by his family on March 10 2021, after a strong and courageous battle with pancreatic cancer.

Born in Wilkes-Barre on July 20 1968, he was the son of the late Alfred G Walker III and the late Honora Good Strzelecki.

Al graduated from GAR Memorial High School in 1987 and enlisted in the US Marine Corps.

He was employed by the Wilkes-Barre City Fire Department as a professional firefighter/EMT, until his retirement in 2018.

Al was an avid football fan. He enjoyed watching Penn State college football and the Seattle Seahawks, but especially watching his son, Tyler play football. He volunteered as a coach for the Heights Packers mini football team. He shot darts for Carl’s dart league and played golf for Carl’s golf league, which he wasn’t very good at.  Al loved to be surrounded by his friends at Carl’s bar. They were like his family.

Al was preceded in death by his sister, Denise Walker Godshall.

Nicole would like to thank the nurses at the Henry Cancer Center for all their loving care during Al’s treatments and a special thank you to her family, our friends and coworkers for all their love and support over the last year.

“Al was the love of my life. He will be in my heart forever. Until we meet again my love.”

Funeral services will be held on Monday at 11 am from the Nat & Gawlas Funeral Home, 89 Park Avenue, Wilkes-Barre.  Rev. John S. Terry, Pastor of Our Lady of Hope Parish, will officiate.  Interment will be in St. Mary’s Cemetery, Hanover Township.

A walk thru visitation will be held on Sunday from 2-5 pm at the funeral home.

Those attending the visitation and services must wear a mask and abide by social distancing requirements.

Condolences may be sent by visiting Al’s obituary at www.natandgawlas.com.