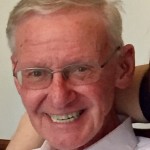 Andrew T. Potsko, 67, of Wilkes-Barre, passed away on Monday, March 11, 2019, in Residential Hospice at Geisinger South Wilkes-Barre, surrounded by his loving family, after a recurrence of nasopharyngeal cancer.

He was born in Wilkes-Barre, a son of the late Andrew and Edna Sosnoski Potsko.  Andrew was a graduate of Ashley High School, class of 1969.  Prior to his retirement in 2013, he had been employed for 42 years at InterMetro Industries in Wilkes-Barre.

Andrew was a member of St. Matthew’s Evangelical Lutheran Church in Wilkes-Barre, where he served as an usher.  He enjoyed traveling with his wife and vacationing with his family.  Andrew loved the outdoors and trains, and enjoyed hunting and fishing.  He was also an avid Penn State and Green Bay Packers football fan.

In addition to his parents, he was preceded in death by his sister, Judith Janowski; brother, Michael S. Potsko, and several aunts and uncles.

Andrew’s funeral will be held on Friday at 10 am from the Nat & Gawlas Funeral Home, 89 Park Avenue, Wilkes-Barre, with services to follow at 10:30 am in St. Matthew’s Evangelical Lutheran Church, 667 North Main Street, Wilkes-Barre.  His Pastor, Rev. Peter Haenftling, will officiate.  Interment will follow in St. Mary’s Cemetery, Hanover Township.

Friends may call at the funeral home on Thursday from 5 – 8 pm.  A Prayer Service will be held at 7:30 pm on Thursday.

Online condolences may be sent by visiting Andrew’s obituary at www.natandgawlas.com.