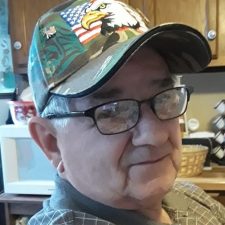 Arthur C. Gronkowski, 77, of Ashley passed away Monday October 18, 2021 at Geisinger Wyoming Valley Medical Center, Plains Township.  He was born in Wilkes-Barre, a son of the late Joseph and Gertrude Gebhardt Gronkowski. Arthur attended G.A.R. High School, Wilkes-Barre. He proudly served in the U.S. Army serving during the Vietnam War.

He worked as a mechanic at Topps prior to retirement and for American Cigar prior to its closing. Arthur was a member of Saint Leo’s the Great Church in Ashley.  He was a former member of Moose lodge 136, Nanticoke.

Arthur likes spending time with his family, especially with his grandchildren, and putting together holiday dinners for all to enjoy.  He had a passion for fishing, trains, gardening and tinkering.

Arthur is preceded in death by his wife of 37 years Kathleen M. Lenahan Gronkowski and by his brothers, Joseph and John.

He is survived by his sons, Arthur and his wife Wendy, Dallas, Michael and girlfriend, Melissa Craig, Hanover Twp., daughter, Kerry Ann Perks and her husband Thomas, Ashley, his companion of 15 years, Ellen Turner, Ashley, grandchildren, Michael, Kate, Harmony, Madison, Aleah, Kayleigh; brother, Rick Gronkowski and his wife Fran, Ashley and by his nieces and nephews.

Private funeral services held at the convenience of the family.

Interment will be at St. Mary’s cemetery, Hanover Township.

Condolences may be sent by visiting Arthur’s obituary at www.natandgawlas.com.