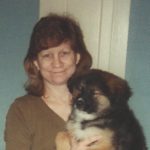 Barbara A. Fedor, 66, of Hanover Township, passed away on Thursday at her home.

She was born in Wilkes-Barre, the daughter of the late Stanley and Elizabeth Matrunich Geffert.

Barbara was a graduate of Wilkes-Barre Township High School class of 1972.  She was also a graduate of Empire Beauty School.  She was a member of American Legion Post 609 Hanover Township Ladies Auxiliary, where she served as past treasurer.

Barbara was formerly employed as a quality control inspector at OZ Gedney Company of Pittston and she was later employed at Medico Industry in Plains Township, prior to her illness.

In addition to her parents, she was preceded in death by her brother, Leonard Geffert.

Surviving are her sons, Jason of Hanover Township, James and his wife Kali of Drums, and Kyle of Wilkes-Barre Township; grandchildren, Jordan and Alek Fedor; sister, Joan Gilbertson and her husband, Kevin of Shavertown; brother, Don Geffert of Kingston, nieces and nephews, including Kara Geffert, Maggie Gilbertson and Kevin Gilbertson.

Private funeral services will be held at the convenience of the family.  There will be no public calling hours.  Interment will be in St. Mary’s Cemetery, Hanover Township.

Condolences may be sent by visiting Barbara’s obituary at www.natandgawlas.com