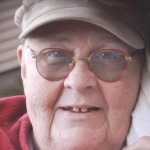 She was born in Wilkes-Barre, a daughter of the late Rocco and Mary Knorr Stillarty.  Barbara was a 1966 graduate of St. Nicholas High School.  Prior to her retirement, she had been employed for 35 years by the Social Security Administration in Wilkes-Barre.

Barbara was a member of St. Nicholas Church in Wilkes-Barre, where she served as moderator for many years with the Special Religious Education Program.

She was also a volunteer with the church bingo and the church’s annual bazaar.

In addition to her parents, she was preceded in death by her brothers, Anthony and Joseph Stillarty and by her nephew, Michael Vesek III.

Funeral Services will be held on Wednesday at 9:30 am from the Nat & Gawlas Funeral Home, 89 Park Avenue, Wilkes-Barre, with a Mass of Christian Burial to follow at 10 am in St. Nicholas Church, 226 S. Washington Street, Wilkes-Barre.  Interment will be in the Parish Cemetery, Shavertown.

Friend may call at the funeral home on Tuesday from 6 – 8 pm.

Online condolences may be sent by visiting Barbara’s obituary at www.natandgawlas.com.