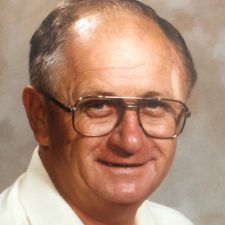 Bernard was born in Wilkes-Barre, a son of the late Lawrence and Mary Kalanick Vodzak. He was a graduate of Coughlin High School, class of 1949. He was employed as a warehouseman for Pennsylvania Wholesale Drugs and was later employed by the Wilkes-Barre Housing Authority.

Bernard was an Air Force veteran, serving in the Korean War. He was a member of Our Lady of Hope Parish, Wilkes-Barre.

Bernard was an avid gardener and fisherman.  He also loved to cook for his family and friends.

He was preceded in death by brothers, Larry, Joseph, George and John Vodzak.

A Mass of Christian Burial will be held on Tuesday at 10 AM in Our Lady of Hope Parish, 40 Park Avenue, Wilkes-Barre. Interment will be in St. Mary’s Cemetery, Hanover Township.

Family and friends may call at the church on Tuesday from 9-10 AM.

Online condolences may be sent by visiting Bernard’s obituary at www.natandgawlas.com.