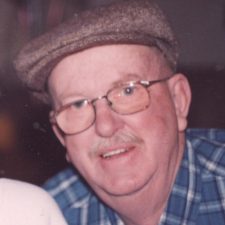 He was born in Plains Township, the son of the late Charles and Mildred Mathers Morgan. He was a graduate of Kingston High School and served in the U.S. Army from 1949-1953. Charlie and his wife 66 years, Maureen, resided in Aston, PA, until 1977, when they moved to Wilkes-Barre so he could realize his dream of owning a tavern. He operated the Poplar Inn until the late 1980s. In its heyday, the bar was a popular gathering spot for locals, who enjoyed the pool, dart, and softball leagues that he operated.

Charlie was an extremely hard-working man. After he sold the bar, he worked as a van driver for Luzerne County. Following his “retirement” from the county, he continued to work as a courier until back surgery sidelined him at the age of 85. He was an extremely intelligent man who enjoyed beating anyone who dared challenged him at Jeopardy or Wheel of Fortune.

Charlie enjoyed meeting his friends at several social clubs, including the Oak Grove Club in Wilkes-Barre, where he was a member, and the Fraternal Order of Police Lodge 36 in Hanover Township. He was known for his signature hat, never leaving home without it.

In addition to his parents, Charlie was preceded in death by a 13-year old son, David, in 1970, and by his sister, Ruth Ann Dopko, who died in March at the age of 82.

Surviving are his wife of 66 years, Maureen Barrett Morgan; son Stephen, Plymouth; two daughters: J. Marie Sweetland and her husband, John, Colorado Springs, CO, and Theresa (Terrie) Morgan-Besecker and her husband, Harry, Hanover Township; three granddaughters: twins, Markie and Lorena Morgan and Alison Besecker; three grandsons: Matthew Morgan, Paul Merritt and Sean Ellefson; and five great-grandchildren: Matthew, Chase, Cody, Caden and Lilah Morgan. He is also survived by his beloved cats, Onyx and Ebony, whom he rescued from a parking lot 15 years ago, and Delilah, who joined the family around 2015.

The family would like to thank the staff at Compassionate Care Hospice for the care they provided to Charlie in his final days.

Due to the global pandemic, a celebration of Charlie’s life will be held at a later date. There will be no calling hours.

Online condolences can be sent by visiting Charlie’s obituary at www.natandgawlas.com.