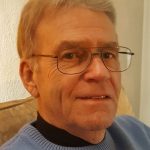 Donald was born in Luzerne, the son of the late Charles A. and Bina Fish Gosart. He was a graduate of Luzerne High School and he attended King’s College. Prior to his retirement, Donald had been employed as a food broker by several local food brokerages. Following his retirement, he had also worked as a school bus driver for the Wyoming Valley West School District.

Donald was a member of Holy Family Church in Luzerne.

He was preceded in death by his sisters Alice Newton and Doris Roberts.

A Memorial Mass of Christian Burial will be held on Thursday at 11 am in Holy Family Parish, 574 Bennett Street, Luzerne.  Rev. Jarrod Waugh will officiate.  Private interment will be in Mount Olivet Cemetery, Carverton.

Family and friends may call on Thursday from 10 – 11 am at the Church.

In lieu of flowers, memorial contributions may be made to the Shriners Hospital for Children, 3551 N. Broad Street, Philadelphia, PA  19140.