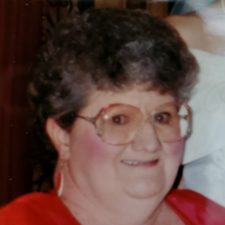 Maureen Connell, 79, of Hughestown passed away on Thursday in The Gardens at East Mountain, Plains Township.

She was born in Wilkes-Barre, a daughter of the late Francis and Margaret Dunleavy Connell.  Maureen was a graduate of the first class at West Side Central Catholic High School in Kingston.  She was a graduate of College Misericordia, where she obtained degrees in both library science and biology.

Prior to her retirement, Maureen had been employed as a teacher and librarian for the Wilkes-Barre Area School District.

Family and friends are invited to attend a Mass of Christian Burial on Tuesday at 1 pm in St. Andrew Parish, 316 Parrish Street, Wilkes-Barre.  Interment will be in St. Mary’s Cemetery, Hanover Township.

In lieu of flowers, memorial donations may be made to The Gardens at East Mountain, 101 E. Mountain Blvd., Wilkes-Barre, PA  18702.

Condolences may be sent by visiting, Maureen’s obituary at www.natandgawlas.com.