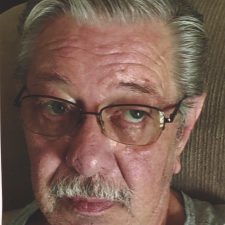 Fred C. Riemensnyder, 69, of Wilkes-Barre, passed away on Saturday, August 28, 2021 in the Wilkes-Barre General Hospital.

He was born in Wilkes-Barre a son of the late Fred C. and Ann Lasher Riemensnyder.  Fred was a 1970 graduate of Meyers High School and he served in the U.S. Army.

Fred was formerly employed at Lowes Home Improvement Store and was currently employed as a driver at Churnetski Transportation.  He was a member of the Plains American Legion Post # 558.

In addition to his parents, he was preceded in death by his sister, Faith Moran, and by his brother, George Lasher.

Private funeral services will be held at the convenience of the family from the Nat & Gawlas Funeral Home, 89 Park Avenue, Wilkes-Barre.  His cousin, Rev. Kenneth George, will officiate.  Interment will be in St. Mary’s Cemetery, Hanover Township.

Condolences may be sent by visiting Fred’s obituary at www.natandgawlas.com.