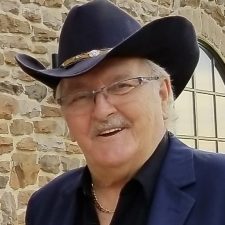 Frederick S. Zomer, born in Wilkes-Barre Pennsylvania, passed away peacefully, May 4th, 2021, holding the hand of his loving wife with his son at his side. Fred proudly served his country as a member of the U.S. Marines Corps. where he learned the value of discipline, teamwork, and investing in a cause larger than himself. A graduate of the University of Texas with a Bachelor’s of Science Degree in Engineering Technology, Fred had an illustrious career with the Hess Oil Corporation. He started there as a young man working his way up the ladder while putting himself through night school. He went on to become a highly respected project manager at various oil refineries across the US and abroad, including the US Virgin Islands and Eastern Europe. After the fall of the Iron Curtain Fred became one of the first Americans to successfully broker negotiations for a joint venture between the United States and Azerbaijan.

He was proceeded in death by his parents, Stanley and Eleanor Zomer and his beloved son Nikita Zomer. He is survived by his elder children Frederick, Steven, and Susanna, New Jersey; his Aunt Polly, and many cousins, nieces, and nephews. He will be greatly missed by his devoted wife, Diana Zomer, who doted on him endlessly during their 28 year marriage, and his son Alexander Zomer, who prized his father’s love and held him in the greatest esteem.

Fred found his greatest joy in spending time with his loving family. He enjoyed his days at their summer home at Indian Lake where the door was always open. Together with his wife they welcomed countless guests where he was proud to share the talents of Diane’s extraordinary cooking skills. Fred always honored his guests with endearing toasts leaving behind warm feelings of affection. He was outgoing and kind with a flair for conversation. Fred was a true gentleman. He was quick to laugh and generous with his smile. He was a gifted storyteller recalling the many adventures he experienced as a successful international businessman and a well-traveled globetrotter. He loved to talk about his children as he was proud of their many accomplishments. He had a special talent to become best friends with anyone he met . Fred was and always will be remembered as “The Legend”.

A Mass of Christian Burial will be held on Wednesday at 10 am in St. Robert Bellarmine Parish at St. Aloysius Church, Barney and Division Streets, Wilkes-Barre.  Interment will be in St. Mary’s Cemetery, Hanover Township.

Family and friends may call from 9-10 am on Wednesday at the church.

Condolences may be sent by visiting, Fred’s obituary at www.natandgawlas.com.