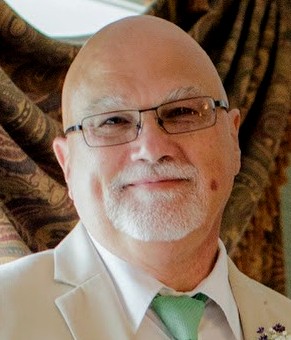 He was a graduate of Central Catholic High School and Luzerne County Community College. Prior to retirement at the age of 55, Gary was employed by the State Correctional Institutions as the Food Service Manager for several state correctional facilities. He was a long time, very active member of St. Nicholas Church in Wilkes-Barre, PA.

He married the love of his life, Patricia Ann Loftus, on October 14, 1978 and they raised two daughters, Lauren Moulder and Megan Davis. He was also a beloved uncle to numerous nieces and nephews. Gary was fortunate enough to be able to celebrate his daughter Lauren’s wedding to Cody Moulder, with whom he quickly formed a father–son bond.

Throughout his life, Gary helped many friends and family members. His main hobby was home improvement and was often over friends’ houses to help them beautify their homes. Also, every summer Gary would be found in the parking lot of his parish, St. Nicholas, setting up their Annual Summer Bazaar. He also prided himself on his management of the ever popular Potato Pancakes booth. He will furthermore be always remembered by his friends at Danko’s gym. Overall, the bright light Gary brought to everyone he met will be greatly missed but never forgotten.

The celebration of Gary’ life will be held at St. Nicholas Church, 226 S Washington St. Wilkes, Barre, PA. The viewing will be on Monday, February 5th, from 5 p.m. to 8 p.m., and the Mass of Christian Burial will be Tuesday, February 6th, at 10 a.m.

Donations are preferred in Gary’s name to be made to St. Nicholas Church, 226 South Washington Street, Wilkes-Barre, PA  18701.

Online condolences may be sent by visiting Gary’s obituary at www.natandgawlas.com.