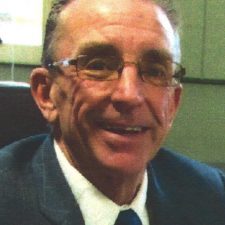 He was born in the East End section of Wilkes-Barre, a son of the late Daniel and Florence McGroarty. Gerry attended Holy Savior grade school, Coughlin High School and earned his associate’s and bachelor’s degrees from Penn Foster College. He also completed Graduate Builders Institute (1993-1996) with Home Builders Institute and a two-year Executive Development Program with MTC University (2010-2012).

Gerry entered the Plaster’s and Cement Masons Union Local 150 in 1973 and was a general foreman with Culp Brothers. He mastered the skill of ornamental ceilings and showed his artistic talent in many homes and churches throughout the state. Gerry educated the craft at Red Rock Job Corps and performed his leadership to regional director for Management Training Corporation. He was then an executive director with Wilkes-Barre City, taking pride with the city team of refurbishing every playground and playing fields for the youth of the area. The parks and fields were known to be the most prestigious in the state at the time. Gerry then traveled to Keystone Job Corps and continued to progress the lives of youth as Deputy Director and then returned to Red Rock as Center Director (ResCare) before retiring. He left a legacy having respect and care with compassion and having campuses, facilities and playing fields in impeccable appearance of any position he was employed throughout his life.

Gerry’s family was his life and he devoted himself to them so that they could live their best lives. When Gerry was not with his family, he could be seen at the Odyssey Fitness Center swimming daily with other wonderful people he met throughout the years. He enjoyed competing in triathlons raising money for charities over the years.

In lieu of flowers, donations may be made to the Kirby Family House, 35 S. Franklin Street, Wilkes-Barre, PA  18701.

Condolences may be sent by visiting Gerry’s obituary at www.natandgawlas.com.