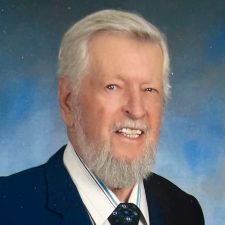 Gregory Skrepenak, 80, of Dallas, passed away on Monday, May 23, 2022, at the Meadows Nursing and Rehabilitation Center in Dallas.

He was born in Wilkes-Barre, a son of the late Andrew and Elizabeth Gecik Skrepenak. Greg was a graduate of “The Coughlin University, Class of 1960.” He was a veteran of the United States Air Force. While serving in the Air Force in Germany, Greg played on the Air Force base football team, the Sembach Tigers. Prior to his retirement, he had been employed for many years as a lineman for PP&L and was a member of IBEW #163.

Greg was a member of St. Mary’s Byzantine Catholic Church, on North Main Street in Wilkes-Barre. He was also an active member of the Fraternal Order of Eagles, American Legion Post 815, the North End Slovak Citizens’ Club. He was a 4th Degree Knight in the Knights of Columbus. Greg served as the varsity softball coach and assistant football coach at G.A.R. Memorial High School.  He also served a coach for the North End Little League and as the head coach for Saraka Insurance in the South Wilkes-Barre Girls softball league. Greg was an avid sports fan. He enjoyed watching University of Michigan Football, the Colorado Avalanche, the New York Mets, the Miami Dolphins, and the Wilkes-Barre Redwings.

Greg was quick witted and always ready with a joke, he especially enjoyed laughing with friends and family.  His love for his family in particular his grandchildren and great grandchildren was immense as he would brag about their accomplishments to everone.

He was preceded in death by his wife of 54 years, Barbara Lee Andrescavage Skrepenak on December 22, 2020.

Friends may call on Thursday at the funeral home from 4-7 P.M.

Greg’s family would like to thank the nurses and the entire staff at the Meadows Nursing & Rehabilitation Center for their compassionate care.

Condolences can be sent by visiting Greg’s obituary at www.natandgawlas.com.