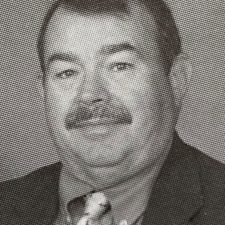 Henry Witlock Moriarty II, 75, of Warrior Run, passed away unexpectedly Saturday, April 3, 2021 at Geisinger South Hospital, Wilkes-Barre. Henry was born October 21, 1945 in Rennes, France. He later moved to Alexandria, VA, where he grew up with his 5 brothers and sisters, running the streets of the post-war baby boom town with scores of other neighborhood children whose antics peppered the many stories Henry loved to share with his family, friends, and students.

Henry is a proud 1963 alumnus of St. John’s College High School, Washington D.C., to which he had to often to hitchhike to save tram fares. He so respected the Christian Brothers’ order that ran St. John’s that he chose to attend the then newly-minted King’s College in Wilkes-Barre whence began his love affair with the Wyoming Valley. He graduated from King’s College with a B.A. in History in 1968 where he also played club football and upon his return to the Valley in 1970, he served as defensive line coach for the 1970 National Champion Club Football team from Kings’. From 1970 onwards, his teaching career spanned more than 45 years between his time at Marymount High School which then became Bishop Hoban High School and later Holy Redeemer High School. He believed deeply in Catholic education and touched many students’ lives with his kind and compassionate approach to sharing his passion for American history. He was a highly respected member of the faculty and retained many lifelong friendships with both students and fellow teachers.  Alongside his teaching, Henry acted as assistant football coach at Hanover Area and as assistant and later head coach of the Bishop Hoban Argents football team.

Beyond being a huge fan of football and baseball at all levels, Henry served as both a football referee and baseball and softball umpire for the PIAA for over 35 years, a secondary career which brought him great joy to share in the accomplishments of local athletic talent. Additionally, he served as an elected council member of the Warrior Run Borough for over 18 years; he was also an active member of the Twin Boro Lions Club for over 27 years.

No matter his accomplishments in teaching, the local sports scenes, or numerous civic engagements, his biggest and unending source of pride was his wife, Fran, children, Katie and Brendan and grandchildren, Henry and Tessa. He was a selfless husband, dad, and “Grampi”, whose sudden departure has left us all with a deep sense of loss that will be impossible to replace. But, we know that he would not want us to be sad, but rather to celebrate and call upon the 75 years of life that we were blessed with. So the next time you eat some peanut M&M’s aka “Grampi’s Power Pills” or a slice of local broccoli pizza, remember Henry’s smile and kind words that he was always so quick to share.

Funeral services will be held on Friday at 9:30 am from the Nat & Gawlas Funeral Home, 89 Park Avenue, Wilkes-Barre, with a Mass of Christian Burial to follow at 10 am in St. Nicholas Church, 226 S. Washington Street, Wilkes-Barre

A walk through-visitation will be held on Thursday from 4-7 pm at the funeral home.

Memorial donations may be made in honor of Henry Moriarty to your charity of choice.

Condolences may be sent by visiting Henry’s obituary at www.natandgawlas.com.