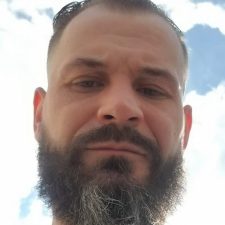 Jake was born in Wilkes-Barre, a son of Jake and Donna Weidow Longfoot. He was a graduate of G.A.R. High School, where he was a 12 time letter winner in wrestling, football and baseball. Jake was named Senior Athlete of the Year. He was a three time district medal winner in wrestling, all scholastic in baseball and first team all-star in football. Jake played in the Unico game and also loved to play softball.

Jake was employed at Avient Corp.

He was an avid New York Mets and New York Jets fan. Jake was a member of the F.O.P and the WBRC.

Jake lived life to the fullest. His smile and laugh were infectious. His two beautiful daughters meant the world to him. They were the highlight of his life. He will be missed by many.

Family and friends are invited to gather for a celebration of Jake’s life from 4-7 pm on Friday from the Nat & Gawlas Funeral Home, 89 Park Avenue, Wilkes-Barre.

In lieu of flowers, donations may be made in Jake’s memory to the National Foundation for Transplants, 3249 W. Sarazen’s Circle, Memphis, TN 38125.

Condolences may be made by visiting Jake’s obituary at natandgawlas.com.