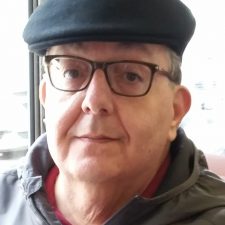 Jim was born in Wilkes-Barre, the son of the late James J. and Antoinette Ciavarella Bower. He was a 1970 graduate of G.A.R. Memorial High School and a 1972 graduate of the Wilkes-Barre Vocational Technical School of Practical Nursing.

Jim was an active member of the Knights of Columbus , Council #302 where  he served as acting financial secretary and past Grand Knight. He was a fourth degree member of the Bishop William J. Hafey Assembly where he served as a former District Deputy, past Faithful Navigator, Assistant District Marshal for the Calvert Province and former editor of the Keystone Knight.

Jim was a member of Gate of Heaven Church in Dallas and a former member of St. Mary’s Church of the Immaculate Conception Church in Wilkes-Barre.

In addition to his parents, he was preceded in death by his son, James J. Bower III in 1982 and by his father -in- law Louis G Pisano.

Funeral services will be held on Friday at 9:30 AM from the Nat & Gawlas Funeral Home, 89 Park Avenue, Wilkes-Barre, with a Mass of Christian Burial to follow at 10:30 AM in Gate of Heaven Church, 10 Machell Avenue, Dallas. Interment will be in St. Mary’s Cemetery, Hanover Township.

Friends may call at the funeral home on Thursday from 5-8 PM.

A special thank you to the staff in the CV-ICU at WBGH for the great care they provided Jim and his family during his illness.

In lieu of flowers, memorial donations may be made in Jim’s memory to the Special Olympics Pennsylvania, 2570 Boulevard of the Generals, Suite 124, Norristown, PA 19403.

Online condolences may be sent by visiting Jim’s obituary at www.natandgawlas.com.