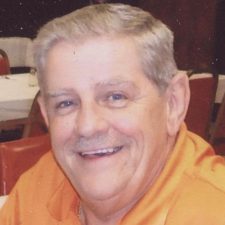 Jim was born in Wilkes-Barre, a son of the late Joseph and Jane McDonough Austin. He was a graduate of St. Mary’s High School and was an Army veteran serving in Germany during the Vietnam War. Jim was employed as a pipefitter with local 524, Scranton, and later as a dock worker at Roadway Express.

Jim was a devoted member of St. Anthony/St. George Maronite Catholic Church in Wilkes-Barre. He was a member of the Knights of Lebanon and a proud member of The Legion of Honor at Irem Temple Shrine, where, with his Legion brothers, he started an annual Veterans Golf Tournament free to all veterans. Jim was also a member of the Wyoming Lodge.

Jim was a fun-loving guy who loved life and would do anything for anyone. He will be missed by his family and many friends.

In addition to his parents, he was preceded in death by his sister, Jane Gunsauls; brothers, William, Thomas, Joseph, John and Edward Austin.

Surviving are his wife of 30 years, the former Georgette Augusta; son, Matthew, at home; sister, Delores Williams, Wilkes-Barre; and numerous nieces and nephews.

Incense prayer service will be held on Wednesday at 6:30 PM. Rev. Paul Damien will officiate.

Friends may call on Wednesday at the funeral home from 4-7 PM.

Online condolences may be sent by visiting Jim’s obituary atwww.natandgawlas.com.