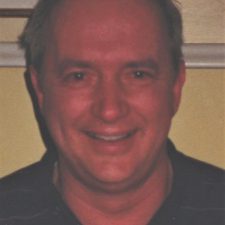 Jim was born in Providence, Rhode Island, the only child of the late James P. Londergan Sr., a physician, and Cecelia Mahoney Londergan, a teacher of English and French. He was educated in Rhode Island, graduating from the then all-male prep school, Moses Brown, and from Bryant University, with a bachelor’s degree in business.

Jim began his federal government career at Central Intelligence Agency headquarters, eventually crossing the Atlantic on the SS United States to work with the station chiefs in England and Switzerland. He later took a position at  Department of Justice headquarters which mainly involved federal court cases with national security issues. As a senior security specialist, he worked with judges, plaintiffs, and defense attorneys to ensure the proper handling of national security classified material before, during, and after trials. There was much travel, especially to Florida and California, as well as one-time short trips to Cuba, Venezuela, and Switzerland. He received the Department’s Special Achievement Award, among others, and continued in this job until he retired.

When Jim entered active military duty, he learned to fly, but his Air Force career was as an intelligence officer. Following a short time of active duty, he served for some 45 years in the Air Force Reserve. Locations of his assignments included the Pentagon and the Defense Intelligence Agency. He received many military awards, including the Legion of Merit and the Defense Meritorious Service medal. He retired in 2004.

A lifelong learner who enjoyed passing along helpful information to others, he was an avid reader of history, especially WWII, a TV watcher of documentaries and world news, including that from England and Germany, and a student of languages and genealogy. Jim loved music, art, boating, horse races, steam trains and model trains, among many other interests. He had a special rapport with animals and would hand feed squirrels and blue jays.

He was preceded in death by his eldest daughter, Hope Londergan.

Funeral services will be held on Monday at 9:30 am from the Nat & Gawlas Funeral Home, 89 Park Avenue, Wilkes-Barre, with a Mass of Christian Burial to follow at 10 am in St. Leo’s/Holy Rosary Church, 33 Manhattan Street, Ashley. Interment will be in St. Mary’s Cemetery, Hanover Township.

Condolences may be sent by visiting Jim’s obituary at www.natandgawlas.com.