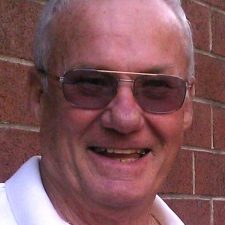 He was born in Wilkes-Barre, a son of the late Harry and Loretta Curtis Collum.  Jim was a graduate of Wilkes Barre Area Schools. He proudly served with the United States Army during the Korean War and then served with the United States Navy from 1956 to 1959.  He was formerly employed by the Westinghouse Elevator Company and the Schindler Elevator Company, prior to his retirement.

Jim was a member of Our Lady of Fatima Parish at St. Mary’s Church of the Immaculate Conception in Wilkes-Barre.  He was also a member of St. Conrad’s Young Men’s Society.

Jim was a loving and devoted husband, father, grandfather and great grandfather, who will be sadly missed by his family and friends.  He was an avid outdoorsman, who loved hunting, boating and fishing. He particularly enjoyed spending time at the family trailer on Lake Oneida, N.Y., a tradition he carried on for over 40+ years.

Funeral services for Jim will be held on Wednesday morning at 10 am from the Nat & Gawlas Funeral Home, 89 Park Avenue, Wilkes-Barre, with a Mass of Christian Burial to follow at 10:30 am in Our Lady of Fatima Parish at St. Mary’s Church of the Immaculate Conception, 134 S. Washington Street, Wilkes-Barre.  Interment will be in St. Mary’s Cemetery, Hanover Township.

Family and friends are invited to attend a visitation on 9 – 10 am on Wednesday at the funeral home.

Condolence may be sent by visiting Jim’s obituary at www.natandgawlas.com.