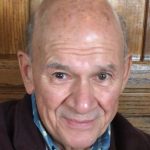 John G. George, 77, of Wilkes-Barre Township, passed away on Thursday at the home of his daughter, Tiffany, in West Chester.

He was born in Wilkes-Barre, a son of the late Evan and Emily Hudock George.

John was a graduate of St. Nicholas High School and Wilkes College, where he received his degree in Accounting.  He was self-employed as a Tax Accountant for over 50 years.

“Jack” was a lifelong resident of the Georgetown section of Wilkes-Barre Township, where he volunteered his time and talents serving his community, including representing Wilkes-Barre Township as a Board Member of the Luzerne County Convention Center Authority, responsible for the construction of the Mohegan Sun Arena.  He enjoyed hunting, fishing and boating but especially loved tinkering around and showing his classic and antique cars.

He was a longtime member of St. Nicholas Church in Wilkes-Barre.

He was preceded in death by his loving wife, Connie Seaman George in 1997.

Funeral services will be held on Monday at 9:30 am from the Nat & Gawlas Funeral Home, 89 Park Avenue, Wilkes-Barre, with a Mass of Christian Burial to follow at 10 am in St. Nicholas Church, 226 S. Washington Street, Wilkes-Barre.  Interment will be in Calvary Cemetery, Drums.

Condolences may be sent by visiting John’s obituary at www.natandgawlas.com.