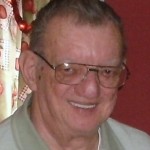 John G. Williams, 78, of Wilkes-Barre, passed away on Thursday, March 5, 2020, at the Wilkes-Barre General Hospital, surrounded by his loving wife and family.

John was born in Wilkes-Barre, the son of Gower and Louise Schrodi Williams. He was a graduate of G.A.R. High School, class of 1961. He was an Army Veteran serving during the Vietnam War. John began his career as a breakman for the Jersey Central Railroad and then worked for the Lehigh Valley Railroad. He then worked for Conrail, retiring after many years of service.

John was a member of St. Andrew Parish in Wilkes-Barre. He was a train enthusiast and was a member of the Hudson Model Railroad Club. John was an accomplished musician and enjoyed sharing his talents by playing the piano, accordian and organ for his many family members and friends.

In addition to his parents, John was preceded in death by his brother-in-law, James J. Pahler.

Funeral services will be held on Monday morning at 10:30 AM from Nat & Gawlas Funeral Home, 89 Park Avenue, Wilkes-Barre with a Mass of Christian Burial to follow at 11 AM in St. Andrew Parish, 316 Parrish Street, Wilkes-Barre. Interment will be in St. Mary’s Cemetery, Hanover Township.

Friends may call on Sunday from 4-6 PM at the funeral home.