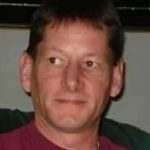 John J. Schinse, 55, of Wilkes-Barre, passed away on Saturday, January 16, 2021 in the Wilkes-Barre General Hospital.

He was born in Wilkes-Barre, a son of the late William and Jane Conklin Schinse.  John was a 1984 graduate of Hanover Area High School.  He was employed as a produce manager for Schiels Family Market.  John also owned and operated an Utz Potato Chip Route.

He was a member of Hanover Township American Legion Post# 609.

In addition to his parents, John was preceded in death by a brother, Michael.

John is survived by his wife of 17 years, Debra A. Saraka Schinse and by his daughters, Melissa and Kayla.  He his also survived by his grandchildren, Evan, Mason, Noah; brother, William Schinse, Wilkes-Barre; sisters, Susan Slabinski and her husband, Frank, Mount Joy and Kathy Lamoreaux and her husband, Lloyd, Hunlock Creek; father-in-law, Norman Saraka, Wilkes-Barre; sister-in-law, Susan O’Donnell, Wilkes-Barre Twp., and by aunts, uncles, cousins and nieces and nephews.

A private celebration of John’s life will be held at the convenience of the family.  There will be no public calling hours.

Condolences may be sent by visiting John’s obituary at www.natandgawlas.com