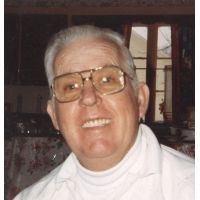 He was born in Wilkes-Barre on November 7, 1934, a son of the late James and Margaret Malloy. John was employed for 44 years at St. Maryâ€™s Cemetery in Hanover Township, for 10 of those years he served as supervisor of the cemetery. He was a member of St. Robert Bellarmine Parish at St. Aloysius Church.

John enjoyed spending time with his grandchildren, working in his yard and hunting and fishing with his buddies Bill and Tom.

He was preceded in death by his brothers, James, Joseph and Charles Malloy and by his niece, Charlene Malloy.

Funeral Services will be held on Thursday at 1:30 pm in the Chapel of St. Maryâ€™s Cemetery, 1594 South Main Street, Hanover Township. Rev. Richard Cirba will officiate.