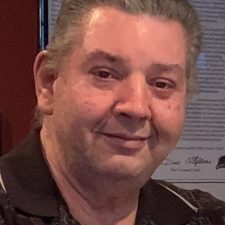 LaMotte G. Stiles, 58, of Kingston, passed away on Sunday, December 5, 2021,
at the Wilkes-Barre General Hospital.

LaMotte was born in Wilkes-Barre, a son of the late LaVere G. and Catherine
M. Beighe Stiles. He was a graduate of Meyers High School, Class of 1980.
LaMotte was employed for 24 years as a Lieutenant at the Luzerne County
Correctional Facility, retiring in August of 2021. He was also the owner of
LaMotte’s Bar in Pringle and The Razzberry Pub in Pittston.

He was a member of the Irem Temple Shrine, Landmark Lodge 442, Keystone
Consistory of Scranton, and American Legion Post 0673 in Ashley.
Mottie, ever the practical joker, had a personality larger than life and was most
happy with friends on the golf course. He was an avid Penn State fan, loved to
travel but his favorite hobby was playing golf, which he would tell you he was
quite good at.

In addition to his parents, LaMotte was preceded in death by his brother
William J. Stiles.

Funeral Services will be held on Saturday at 10 am from the Nat & Gawlas
Funeral Home, 89 Park Avenue, Wilkes-Barre. Rev. Carol E. Coleman will
officiate. Interment will be in Chapel Lawn Memorial Park, Dallas.

Friends may call from 5-7 pm on Friday at the funeral Home
Condolences can be sent by visiting LaMotte’s obituary at www.natandgawlas.com