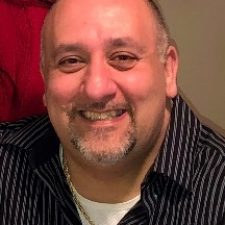 It is with heavy hearts that we announce the passing of Leo Joseph Webby, 49, of Kingston.

Leo was born in Wilkes-Barre, PA on January 12, 1970. He was the son of Tamam Webby and the late Joseph F. Webby. He was a 1988 graduate of G.A.R. Memorial High School. He was employed at Geisinger Health System and worked security at the F.M. Kirby Center.

Leo enjoyed spending time outdoors, riding his mountain bike, traveling, and spending time with his friends and family. Leo had an outgoing personality that was loved by many and always put a smile on the face of those who he came in contact with.

He was a member of St. Anthony’s/St. George Maronite Church.  Leo was a proud member of the Knights of Lebanon. In addition, Leo was proud to have traveled several times to his homeland of Lebanon.

Leo was preceded in death by his father, Joseph F. Webby and by his sister, Angele Webby-Wrhel.

Surviving are his daughters, Gianna and Alexa Webby; his mother Tamam Webby; sister, Tina Eichler and her daughter, Taylor; sister, Sabah Webby-DeMace and her husband, Dominick and their children Kayleigh, Sarah, and Joseph; twin brother, George Webby and wife, Michelle, and the mother of his daughters, Lisa Schmid.

Friends may call from 5 -8 pm on Tuesday at the funeral home.

Online condolences may be sent by visiting Leo’s obituary at www.natandgawlas.com.