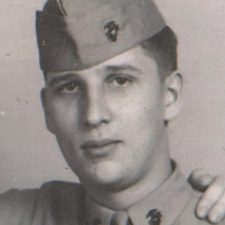 He was born in Wilkes-Barre a son ofthe late Andrew S. and Eva Swantko Palencar. Leonard attended Kingston High School prior to enlisting in the U.S. Marine Corps during the Korean Conflict.  After serving four years in the Marine Corps, he transferred to the Merchant Marines.  Leonard returned to Wilkes-Barre once his service was completed and graduated from King’s College.

He was preceded in death by his brothers, Bernard and Andrew Palencar.

Leonard is survived by his brother, George Palencar, Stroudsburg; sisters, Joan Siecko, Berwick, and Mary Ann Usaitis, Kingston; and by many nieces and nephews.

A private funeral service will be held at the convenience of the family.