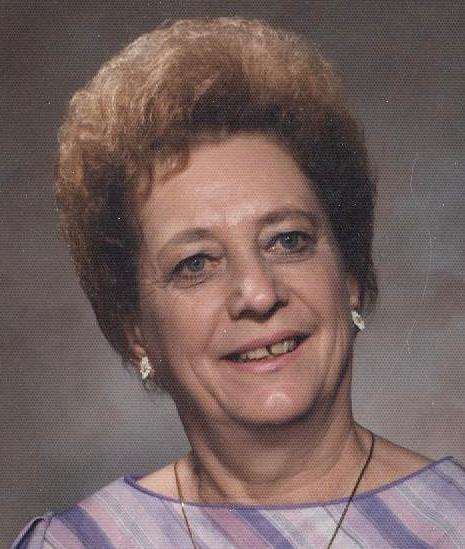 Margaret J. Bartz, 88, of Wilkes-Barre, passed away on Thursday, August 31, 2017 at the Riverstreet Manor, Wilkes-Barre.

She was born in Wilkes-Barre on May 31, 1929, a daughter of the late Michael and Lena Lippa Bramuka.  Margaret was a graduate of Coughlin High School.  Prior to her retirement she had been employed as a seamstress in the local garment industry, having worked for many years at Silko’s Specialties in Wilkes-Barre Township.  Margaret was a member of Our Lady of Hope Parish, Park Avenue, Wilkes-Barre.

Margaret was a loving and devoted mother, grandmother and great grandmother.  She loved to cook and sew for her family.

She was preceded in death by her sisters, Anna Dvorsky, Helen DeMaria and Mary Naused and by her brother, John Bramuka.

Surviving are her children, Joseph A. Bartz Jr. and his wife, Mary Lou, Pittston and Janet Kasunic and her husband, Gary, Fort Wayne, Indiana.  She is also survived by her grandchildren, Danielle Bartz, Stephanie Bartz and Katie Linder; great grandchildren, Adalee and Nolan Linder; and by her nieces and nephews.

Margaret’s family would like to thank Dr. Joseph Szustak and the staff at Riverstreet Manor for the wonderful care and compassion that was shown to her.

A Mass of Christian Burial will be held on Wednesday at 10 am in Our Lady of Hope Parish, 40 Park Avenue, Wilkes-Barre.  Interment will be in St. Mary’s Cemetery, Hanover Township.  Family and friends attending the Mass are asked to go directly to the church on Wednesday.

In lieu of flowers memorial donations may be made to the Hurricane Harvey Relief Fund, c/o the American Red Cross, 256 North Sherman Street, Wilkes-Barre, PA  18702.