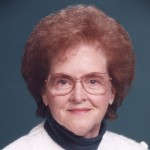 Margaret (Peggy) Antosh, 87, of Plains Township, passed away on Sunday at her home.

Peggy was a devoted and faithful member of Ss. Peter and Paul Church in Plains.  She was a loving wife, mother, grandmother, sister and aunt.  She will be sadly missed by her entire family.

Private funeral services will be held at the convenience of the family from the Nat & Gawlas Funeral Home, 89 Park Avenue, Wilkes-Barre.  Private interment will be in St. Mary’s Cemetery, Hanover Township.

A public celebration of Peggy’s life will be held at a later date.

Online condolences may be sent by visiting Peggy’s obituary at www.natandgawlas.com.