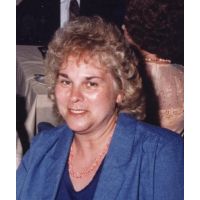 She was born in Berlin, Germany on July 27, 1938, a daughter of the late Adolf and Helene Burbach. Marianne arrived at Ellis Island in 1957, with skills of a seamstress and the dream of being an American. She met up with her sister, Gertrude King, in Williamsport, PA and the journey began.

Over the years she would build relationships and form a loving family in Wilkes-Barre. All who would come in contact with Marianne instantly knew of her selfless devotion and love for her four children. Quite literally, it drove her until her dying breath. Throughout her life Marianne was able to infuse an indomitable work ethic in all her children that has served their pursuits.

Marianne retired from Techni-Glass, formerly Owens-Illinois in Pittston, as a Quality Assurance Technician and was able to enjoy time with her many grandchildren and great grandchildren. Her entire family moves forward with inestimable grief and love for her forever.

In addition to her parents, she was preceded in death by her husbands, Montreviille Yellets and Robert W. Collins; daughter, Sabrina Yellets; brother, Wolfgang Burbach; sister, Gertrude King.

A Memorial Service will be held on Saturday, April 16th at 4:00 p.m. from the Nat & Gawlas Funeral Home, 89 Park Avenue, Wilkes-Barre, Pennsylvania. The Rev. James H. Breese will officiate. Private interment will be in Maple Hill Cemetery, Hanover Township.

Friends may call on Saturday, April 16th from 2:30 to 4:00 p.m. at the funeral home.
In lieu of flowers, memorial donations may be made to the Greater Wilkes-Barre Association for the Blind, 1825 Wyoming Ave., Exeter, PA 18643.