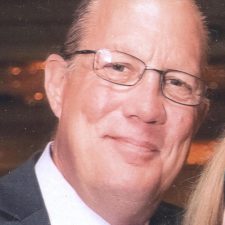 Mark Alan Kline, 62, of Hanover Township, lost his battle with brain cancer on Wednesday at his home, surrounded by his loving family.

He was born in Wilkes-Barre, a son of the late Roger and Joan Walp Kline.  Mark was a 1975 graduate of Meyers High School.  He attended Misericordia University and he received his certification as Biomedical Equipment Technician from the West Side Vocational Technical School.

Mark was employed as a Biomedical Equipment Technician for 31 years at the Mercy Hospital in Wilkes-Barre, until its closing.  From 2006 until the present he was employed by the Geisinger Health System.

1199P 550 membership of the union labor/ management committee. He served as the chairman of the supervisory committee at the UFCW Credit Union, Hanover Township.

Mark enjoyed Nascar Racing, music and camping, but most of all he enjoyed spending time with his family.

He is survived by his wife, Kim Kruczek Kline, with whom he celebrated their 40th wedding anniversary on June 16, 2019.  Mark is also survived by his loving son, Alan Kline and his fiancée Aubree Niemiec of Annapolis, MD and by Amatka Kubiak of Poznan, Poland, who was an exchange student who lived with Mark and Kim and who he considered as his adopted daughter; brother, Dwayne Kline and his wife, Allison, Drums; sister, Cheryl Lewis and her husband, Jim, Hershey; sisters-in-law, Kathy Miller and her husband, Andrew, Ashley and Karen Henichek and her husband, Thomas, Prescott, AZ; his childhood and best friend, Keith Barchok and his wife, Connie, Harveys Lake; many nieces, nephews and cousins, including his Goddaughters, Amie Kline Sattof and Erin Henichek Moya.

Mark’s family would like to thank the staff of the Neurosurgery Department at Geisinger Wyoming Valley and staff of Residential Hospice for the loving care that they provided.

A Memorial Service and Celebration of Mark’s life will be held on Saturday at 12 noon, from the Nat & Gawlas Funeral Home, 89 Park Avenue, Wilkes-Barre.  Rev. Wayne Kaufman will officiate.

Family and friends may call on Saturday from 10 am until the time of the Service at the funeral home.

In lieu of flowers, donations may be made in Mark’s memory to Miles for Michael, 9 North Main Street, Pittston, PA  18640.

Online condolences may be sent by visiting Mark’s obituary at www.natandgawlas.com.