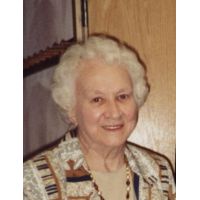 Mary Theresa Okal, 87, formerly of Reno Lane and North Penn Manor in Wilkes-Barre, passed away on Thursday, February 4, 2016 in the Wilkes-Barre General Hospital.

She was born in Wilkes-Barre, on October 3, 1928, the daughter of the late John and Susan Hiscar Okal. Mary Theresa was a graduate of St. Nicholas High School.
She was formerly employed at the Lori-Lee Dress Industry and she was later employed as a case worker for Luzerne County, prior to her retirement.

She was preceded in death by her brothers: Joseph, who was killed in Germany during World War II, John, Martin, Thomas, Andrew, Cyril and Albert Okal.

Funeral Services will be held on Monday at 9 am from the Nat & Gawlas Funeral Home, 89 Park Avenue, Wilkes-Barre, with a Mass of Christian Burial to follow at 9:30 am in Our Lady of Fatima Parish at St. Maryâ€™s Church of the Immaculate Conception, 134 S. Washington Street, Wilkes-Barre. Interment will be in St. Maryâ€™s Cemetery, Hanover Township.

Friends may call on Sunday afternoon from 2-4 pm at the funeral home.

In lieu of flowers, memorial donations may be made to the Sisters of Ss. Cyril and Methodius Retirement Fund, Villa Sacred Heart, 580 Railroad Street, Danville, PA 17821.