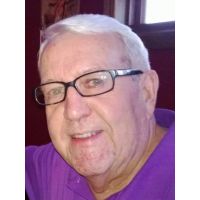 Born in Wilkes-Barre on February 21, 1933, he was a son of the late Hugh Hughes Sr. and Pearl Hughes. He was a graduate of Wilkes-Barre Township High School and the Wilkes-Barre Business College. Merlyn was an Army Veteran.

Merlyn had a unique lifestyle and work history. He was a partner in several companies, including a home security company, a firm that sold land at Lucaya/Freeport, Grand Bahama Island, and Worldwide Response, a company that contracted with the federal government following natural disasters. He was also a member of the board of directors of Diversified Structures.

Merlyn was also employed as the Business Administrator of Wilkes-Barre Township, General Manager of Arrow Head Lakes, and the Deputy Director of the Housing Recovery Office, Department of Housing and Urban Development (H.U.D.). Following the 1972 Agnes Disaster, he was one of only of only twenty out of 1,100 employees that received an outstanding achievement award signed by George Romney, United States Secretary of H.U.D.

He was preceded in death by his sisters, Peggy Meier, Verna Reiley, Betty Staje and Florence Solt and by his brother Hugh Hughes Jr.

He is survived by several nieces and nephews, including his nieces, Nancy Lynch of Jacksonville, Fl and Kathy Meier of Point Pleasant, PA.

Funeral Services will be held on Wednesday at 11 am in the Chapel of Denison Cemetery, 85 Dennison Street, Swoyersville. Pastor Chester F. Dudick of the First Welsh Baptist Church in Wilkes-Barre will officiate. Family and friends are asked to go directly to Denison Cemetery.

In lieu of flowers memorial contributions, may be made to the First Welsh Baptist Church, 50 South Meade Street, Wilkes-Barre, PA 18702.