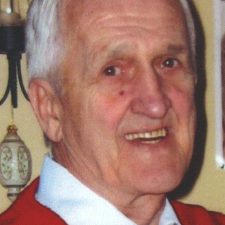 Michael “Mickey” Kendra, Jr., 87, of Wilkes-Barre passed away at home on September 7, 2021, surrounded by his loving family.

Mickey was born in Wilkes-Barre, a son of the late Michael and Josephine Wielga Kendra. He attended G.A.R. High School where he excelled in football as a stellar guard, and still holds the record of most interceptions in one game (5 interceptions in 1952). More importantly, he met the love of his life in high school, Anna Mae Loftus. After graduation, Mickey joined the United States Air Force where he attained the rank of Airman 1st Class. After his four-year stint in the Air Force, Mickey returned to Wilkes-Barre and married Anna Mae. They had three children Michael, Kevin and Kim Ann; 10 grandchildren; and 5 great-grandchildren. Mickey worked at the Railway Express and American Chain and Cable, but he spent most of his career working for the Wilkes-Barre Area School District.

Mickey was a strong but gentle man who always put family first but was also ready to help anyone who needed assistance. One of his greatest attributes was that he never said a negative word about anyone or anything except for maybe about his favorite football teams. He was a kind, humble and genuine man which made him a rare commodity. He will be deeply missed by everyone who knew him.

In addition to his parents, he was preceded in death by his wife, Anna Mae Loftus Kendra; sister, Joan Karlheim; and brother, Edward Kendra.

One final note—Mickey surprised everyone with the inscription he placed on his and Anna Mae’s grave marker. It is straight to the point just like him. It states: “We lived, We loved, We Wed, We Bred, We Dead.” Rest in peace, Dad.

The family would like to thank Mickey’s nephew, Dr. Patrick Kerrigan, and the staff at Erwine’s Home Health for their assistance.

A Mass of Christian Burial will be held on Monday at 10 am in St. Andrew Parish, 316 Parish Street, Wilkes-Barre. Rev. J. Duane Gavitt will officiate. Interment will be in St. Mary’s Cemetery, Hanover Township.

Condolences can be sent by visiting Mickey’s obituary at www.natandgawlas.com.