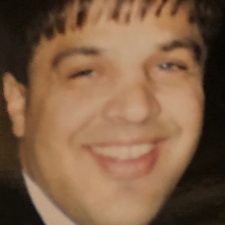 Michael T. Nardone, 62, of Mountain Top, passed away on Friday, July 2, 2021 at the Wilkes-Barre General Hospital, with his loving wife, son and family by his side.

He was born in Wilkes-Barre, the son of the late Frank and Rita Zurla Nardone.  Michael was a graduate of Bishop Hoban High School and he received his Bachelor’s Degree in Accounting from King’s College.

For many years Michael was self-employed as a certified public account, operating offices in Mountain Top and Bloomsburg. He was currently employed as the Chief Financial Officer of Nardone Brothers Baking Company.

In addition to his parents, he was preceded in death by his nephew, Frankie Nardone.

Michael is survived by his wife of 30 years, Cheryl Kelly Nardone and his son, Michael; by his brothers and sisters, Frank Nardone and his wife, Kathy, Plains; Cindy Medokavic and her husband, Damir, Gualala, CA; Patty Link and her husband, Ken, Sarasota, FL and John Nardone and wife Kat, Stone Harbor, NJ.  He is also survived by numerous nieces, nephews, cousins, brother-in-laws, sister-in-law’s, and dear friends, whom he loved very much. Most importantly his sister-in-law, Cheryl Kelly, who selflessly donated her kidney to allow Michael to have 12 additional years with his family and friends. We are forever grateful.

Family and friends may call from 4 – 7 pm on Wednesday at St. Nicholas Church, 226 S. Washington Street, Wilkes-Barre.  A Mass of Christian Burial will be held on Thursday at 9:30 am in St. Nicholas Church.  Interment will be in St. Mary’s Cemetery, Hanover Township.

In lieu of flowers, memorial donations can be made to King’s College, Institutional Advancement, 133 North River Street, Wilkes-Barre, PA  18711 or the JDRF fight against Juvenile Diabetes (www.jdrf.org).

Condolences may be sent by visiting Michael’s obituary at www.natandgawlas.com.