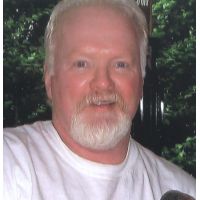 He was born in Attleboro, MA on February 26, 1951, a son of Alice Evelyn Brant Mutter of Wilkes-Barre and the late John Joseph Mutter Sr. He was a graduate of E.L. Meyers High School. Edward served as a Lance Corporal with the US Marine Corps during the Vietnam War and later enlisted and served for 20 years with the US Army, retiring with the rank of Master Sergeant.

Edward was a member of the Wilkes-Barre American Legion, where he served as Sergeant of Arms.

In addition to his father he was preceded in death by his sister, Susan Mulvaney.

A Memorial Service will be held on Saturday at 2 pm from the Nat & Gawlas Funeral Home, 89 Park Avenue, Wilkes-Barre. The Rev. Vincent Dang will officiate.

Friends may call at the funeral home on Saturday from 12 â€“ 2 pm.

In lieu of flowers, donations may be made in Edwardâ€™s memory to the Shriners Hospital for Children.