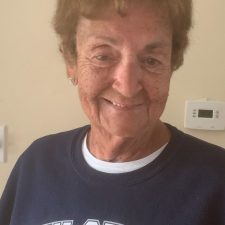 She was born in Wilkes-Barre, a daughter of the late Helen Cunningham. She was a graduate of G.A.R. Memorial High School, Class of 1958. She received her Bachelor’s Degree in Nursing from Wilkes College in 1964. Prior to her retirement, Patricia had been employed as a registered nurse at the Children’s Hospital of Philadelphia, Wyoming Valley Hospital, and NPW/Geisinger.

Patricia was a member of St. Andrew Parish, Wilkes-Barre, where she volunteered for church dinners and functions.

Patricia loved to read and she was an avid Penn State Football fan.

A Mass of Christian Burial will be held on Saturday at 10 am in St. Andrew Parish, 316 Parrish Street, Wilkes-Barre.  Those attending the Mass are asked to go directly to the Church.  Interment will be in St. Mary’s Cemetery, Hanover Township.

Family and friends may call from 5-8 pm on Friday at the Nat & Gawlas Funeral Home, 89 Park Avenue, Wilkes-Barre.

In lieu of flowers memorial donations may be made to a charity of the donor’s choice.

Condolences may be sent by visiting Patricia’s obituary at www.natandgawlas.com.