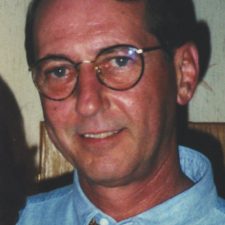 He was born in Wilkes-Barre, the son of the late James and Anna Yuschak Murray. Patrick was a 1971 graduate of G.A.R. Memorial High School, where he was a member of the football team. Prior to his retirement, he was employed in the construction industry and later at Benco Dental and at the Office Depot.

Patrick was preceded in death by his brother-in-law, William Sprow, in 2005.

He is survived by his sister, Jeanne Sprow, and his twin sister, Maryann Murray, both of Wilkes-Barre Township.

A Mass of Christian Burial will be held on Monday at 9:30 A.M. in Our Lady of Fatima Parish at St. Mary’s Church of the Immaculate Conception, 134 South Washington Street, Wilkes-Barre.  Those attending the Mass are asked to go directly to the Church.  Interment will be in Sacred Heart Cemetery, Dallas.

Condolences can be sent by visiting Patrick’s obituary at www.natandgawlas.com.