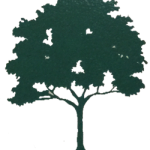 He was employed for many years in the local construction industry and he also worked overseas in Saudi Arabia, prior to his retirement.  He was later employed at Lord and Taylor in Wilkes-Barre Township.

He was preceded in death by his sisters, Mary Street, Marguerite Helldorfer, Joan Anagnos and Cecilia Lanning and by his brothers, William, Joseph, James, Michael, Robert and John Lanning.

Ray is survived by his brothers, Frank Lanning of Kingston and Edward Lanning and his wife, Joan, Darien, IL. He is also survived by numerous nieces and nephews, who will fondly remember his ability to keep them on their toes with his shenanigans.

Private funeral services will be held at the convenience of the family from the Nat & Gawlas Funeral Home, 89 Park Avenue, Wilkes-Barre.  In lieu of flowers, raise your glass, say a prayer for him and toast his memory with a smile.

Condolences may be sent by visiting Raymond’s obituary at www.natandgawlas.com,