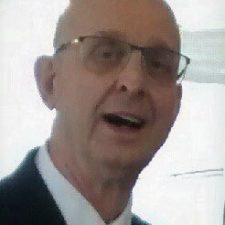 Richard A. Grula, 69, of North Wales, Pennsylvania, formerly of Wilkes-Barre Township, passed away on Sunday, June 5, 2022.

In addition to his parents, he was preceded in death by his nephew, Jonathan Grula in 1999.

Private funeral services will be held at the convenience of the family from the Nat & Gawlas Funeral Home, 89 Park Avenue, Wilkes-Barre.  Deacon Francis Bradigan will officiate.  Private interment will be in St. Mary’s Byzantine Catholic Cemetery, Dallas.

Condolences may be sent by visiting Richard’s obituary at www.natandgawlas.com.