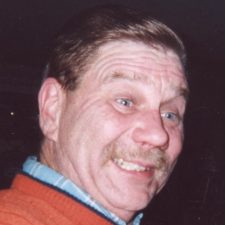 Richard R. McGrady, 65, of Wilkes-Barre, passed away on Thursday at his home.

He was born in Hanover Township, a son of the late Eugene and Jean Schuler McGrady Sr. He attended Hanover Area High School.  Richard, who was known by most as Brainsy, was the king of the one liners and he had nicknames for all of his family members and his friends.

Prior to his retirement, he had been employed for many years by Asplundh Tree Expert Company.

A Memorial Service will be held on Wednesday at 7 pm from the Nat & Gawlas Funeral Home, 89 Park Avenue, Wilkes-Barre. Rev. John J. Chmil will officiate.

Friends may call on Wednesday from 5 – 7 pm.

Online condolences may be sent by visiting Richard’s obituary at www.natandgawlas.com.