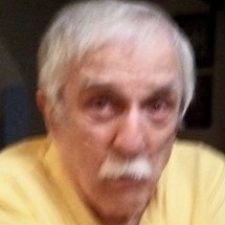 Robert A. Perrella, 83, of Wilkes-Barre, passed away on Thursday, October 21, 2021 at the Department of Veterans Affairs Medical Center in Plains Township.

He was born in Wilkes-Barre, a son of the late Silvio and Adeline Finarelli Perrella. Robert was a graduate of Kingston High School. He was a Navy veteran serving from 1955-1959.

Prior to his retirement, Robert had been employed as an information specialist at the Welcome Center in Daytona Beach, FL.

He was preceded in death by his sister, Rosemary Arzente and brothers, Nick and Eugene Perrella.

Funeral services will be held on Friday at 1:30 P.M. in the chapel at St. Mary’s Cemetery, 1594 South Main Street, Hanover Township. Rev. James Paisley will officiate.

Condolences may be sent by visiting Robert’s obituary at www.natandgawlas.com.