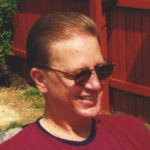 Robert A. Zipko, 62, of Mountain Top, passed away on Saturday, September 19, 2020, at Geisinger Community Medical Center in Scranton.

Bob was born in Kingston, a son of Lucille Machey Zipko, of Wilkes-Barre, and the late Edward Zipko. He was a graduate of G.A.R. Memorial High School, Class of 1976, where he was a star basketball player. He was a graduate of Florida Southern University, where he was a member of the 1981 National Championship Basketball team. Bob was self employed as a medical supplies sales representative.

In addition to his mother, Bob is survived by the love of his life, Patricia Finn Zipko, with whom he celebrated their 37th wedding anniversary on September 17th; son, Adam Finn Zipko, Philadelphia; sister, Claire Radaszewski and her husband David, Mountain Top; brothers, Ray Zipko and his wife Ginger, Pine Brook, NJ, and David Zipko and his wife Diane, Oxford, OH; and several nieces and nephews.

Family and friends are invited to attend a Mass of Christian Burial on Friday at 11 AM in Corpus Christi Parish, 605 Luzerne Avenue, West Pittston. Monsignor John J. Sempa will officiate.  Those attending the funeral mass are required to wear a mask and abide by CDC and State social distancing requirements.

In lieu of flowers, donations may be made in Bob’s memory to the St. Vincent De Paul Kitchen, 39 E. Jackson Street, Wilkes-Barre, PA  18701.

Condolences can be sent online by visiting Bob’s obituary at www.natandgawlas.com.