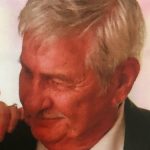 He was born in Wilkes-Barre, a son of the late James J. and Rita Heffren Bottger.  Bob was a graduate of St. Mary’s High School in Wilkes-Barre and he served with the U.S. Army National Guard.

Prior to his retirement, Bob worked for the Wilkes-Barre City Department of Public Works.  He was earlier employed by JC Penney and Mary McIntosh in Wilkes-Barre.

Bob was a member of SS. Peter & Paul Church in Plains.  He was also a member of the North End Slovak Citizens Club and he was an avid golfer, who loved to play in the golf league at Hollenback Golf Course

Due to COVID-19, a public service for Bob will be held at a future date.