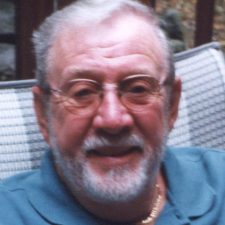 Robert J. Cronauer, 88, of Waymart, formerly of Wilkes-Barre passed away on Saturday at his home.

He was born in Wilkes-Barre, a son of the late Clarence and Mildred Miller Cronauer.  Robert was a 1949 graduate of St. Nicholas High School.  He was a Master Electrician and he was a member of the IBEW Local 163 for 71 years. Robert formerly taught night class at the West Side Vocational Technical School.  Prior to his retirement he served as a Pennsylvania State Electrical Inspector.

Funeral Services will be held on Wednesday at 10:30 am from the Nat & Gawlas Funeral Home, 89 Park Avenue, Wilkes-Barre, followed by a Mass of Christian Burial at 11 am in St. Andrew Parish, 316 Parrish Street, Wilkes-Barre.  Interment will be in St. Mary’s Cemetery, Hanover Township.

In lieu of flowers, donations may be made in Robert’s memory to the St. Joseph’s Indian School, PO BOX 326, Chamberlain, South Dakota 57326.   (stjo.org.)

Online condolences may be sent by visiting Robert’s obituary and www.natandgawlas.com.