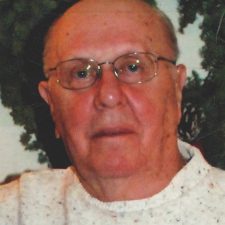 He was born in Kingston, the son of the late Stanley and Mary Rogas Ripski. Bob was a graduate of G.A.R. Memorial High School in Wilkes-Barre, class of 1952, following high school, Bob was employed by the Atwater Co.  He proudly serviced with the U.S. Army from 1956 to 1958.  In 1965, he became a member of the Wilkes-Barre Police Department. For over ten years, he had the downtown beat on South Main Street. Bob was named “the gentleman cop” in the local newspaper upon his retirement from the police force. He then worked at Melon Bank until his retirement in 1992.

Bob was an avid Boston Red Sox fan and was gifted with a trip to see them play at Fenway Park. Bob was then able to share in the joy of seeing his team finally win the world series. Bob was an avid fisherman and greatly enjoyed teaching his grandchildren to fish.

Private funeral services will be held at the convenience of the family, due to the upsurge in Covid-19 cases.  A public celebration of Bob’s life will be scheduled at a later date.