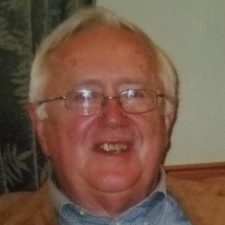 On Saturday, April 27, 2019, our beloved husband, father and brother, Robert T. O’Konski entered into eternal rest after a long, hard fought battle against Multiple Myeloma.  He was the husband of Mary Beth O’Konski of Dallas, and the father of Robert O’Konski, Patricia O’Konski and Thomas O’Konski.

Bob was a 25 year member of the Dallas Fire and Ambulance Association and after retiring from P & G he volunteered as a driver for the Dallas Ambulance for many years.  He was a member of Gate of Heaven Church in Dallas, and he was a 3rd Degree Member of the Knights of Columbus, Lake Carey, PA.

He was preceded in death by his beloved daughter, Katie, who died in 2013, and by his cherished brothers, John, Peter, James and Thomas O’Konski.

A Mass of Christian Burial will be celebrated on Friday at 10:30 am in Gate of Heaven Church, 40 Machell Avenue, Dallas.  Family and friends are asked to go directly to the Church on Friday morning.  Interment will be in St. Mary’s Cemetery, Hanover Township.

In lieu of flowers, memorial donations may be made to Gate of Heaven Church, 40 Machell Avenue, Dallas, PA  18612 or to the Blue Chip Farm Animal Refuge, 947 Lockville Road, Dallas, PA 18612.

Online condolences may be sent by visiting Bob’s obituary at www.natandgawlas.com.