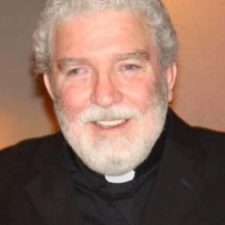 Crosby was born in Sikeston, Missouri, moving to Wilkes-Barre at age 5.  He graduated from GAR Memorial High School in 1959, lettering in football, wrestling, and track and field.  He was a District II wrestling champion, student council president, and Gentleman Scholar Athlete Award winner.  He earned the rank of Eagle Scout in 1958.

After attending Rensselaer Polytechnic Institute, he transferred to King’s College.  He graduated in 1964, earning a B.S. in Biology.  He began teaching biology later that year in New Castle, Delaware.

In 1967, he returned home to Wilkes-Barre to teach biology and environmental sciences at GAR.  Over the next 34 years, he taught, advised and coached thousands of students.  He retired after the 2000-2001 school year, having spent 40 years at GAR as a student and teacher.  To say that Mr. Sparks bled blue and gray is an understatement.

He earned two Master of Science degrees.  He loved photography, gardening, carpentry, and working with computers.

He was an active member of St. Anthony/St. George Maronite Catholic Church in Wilkes-Barre.  In 2006, he was ordained a Subdeacon, a position he proudly held for the next 15 years.

All services celebrating Crosby’s life will take place at St. Anthony/St. George Maronite Catholic Church, 311 Park Avenue, Wilkes-Barre.  Viewing will be on Tuesday, June 14th from 4-7 pm.  Funeral Services with Divine Liturgy will be held on Wednesday, June 15th at 10 am.  Interment will be at Mount Olivet Cemetery, Carverton.

Condolences may be sent by visiting Crosby’s obituary at www.natandgawlas.com.

Funeral arrangements have been entrusted to the Nat & Gawlas Home, 89 Park Avenue, Wilkes-Barre.