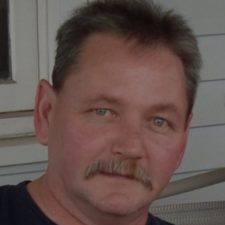 He was born in Wilkes-Barre, a son of the late William M. Schinse Sr. and Jane E. Conklin Schinse.  Bill was a graduate of Hanover Area High School.  He proudly served with the U.S. Army from 1977 to 1979.

Bill was self employed as a painting contractor.  He served as an officer, trustee and steward on the Board of Director of the Catholic War Veterans Post# 274 in Ashley.  He was also a member of the Brookside American Legion Post# 837 and the North End Slovak Citizens Club.

In addition to his parents, Bill was preceded by his brothers, Michael & John Schinse and by his longtime companion, Roberta Stritzinger.

He is survived by his daughter, Gabrielle and his grandchildren; sisters, Susan Slabinski and her husband, Frank, Mount Joy and Kathleen Lamoreaux and her husband, Lloyd, Hunlock Creek; sister-in-law, Debbie Schinse, Wilkes-Barre and by several aunts, cousins, nieces and nephews.

Bill’s family would like to thank all of his caregivers for their compassionate care over the past several years, including the staff from Timber Ridge and North Penn Manor.

Family and friends may call from 4 – 6 pm on Sunday at the Nat & Gawlas Funeral Home, 89 Park Avenue, Wilkes-Barre.

A private funeral service will be held at the convenience of the family, with interment to follow in St. Mary’s Cemetery, Hanover Township.

Condolences may be sent by visiting Bill’s obituary at www.natandgawlas.com.